‘Annadanam’ is made up of two words - 'Annam' which means food and 'danam' means the act of giving or donating.  Annadanam is supposed to be supreme one among all various danams, viz. Bhudanam, Godanam, Arthadanam, etc. as Annadanam is a way in which you can contribute to life itself. The wise men of ancient India called hunger the greatest disease. It is a disease that afflicts everyone and there is no cure for it.

‘Annad bhavanti bhootani’ - these are the words of Sri Krishna in the Bhagavad Gita. It means that all creation is sustained due to food. Helping to assuage a person's hunger will win you good karmas in this life and the next one also.

Many Annadanam programs are initiated and are successfully being executed in India as well as here in Austin with the help of generous donations from selfless devotees, like you.

Daily Annadanam Program - About 500 free meals are distributed each day at the government hospital in Srikakulam, A.P.? The hungry are often poor villagers or Tribals who have brought their loved ones for treatment.  Through devotees' contributions, the Temple has been donating $500 a month towards this feeding since 2016.

Thursday Annadanam Program - Also, every Thursday, lunch is served to another set of 400 needy people belong to Orphanages, Leprosy Colony, and Old Age Homes in Srikakulam, and nearby villages of Ragolu, Gudem, Rayapadu, Ramanarsu Peta, Siddhi Peta, Lakshmidevi Peta, Patrunivalasa, Govindapuram.  Temple has been sponsoring $750 every month to meet all the expenses for this divine program since 2017.

Prasadam at Temple - Groups of volunteers make Lunch/Dinner Prasad for devotees each week.?75,000 or more meals are served to devotees each year!? Meals are served primarily on Thursday nights, Saturdays, Sundays, and also for Temple special events. The Temple never charges for prasad, except during special fundraising events a few times a year.? This is the great tradition inherited from Sai Baba.  Even though a lot of the food is donated, and all of the labor is donated, the Temple still spends $2,000+ a month on supplies and ingredients. 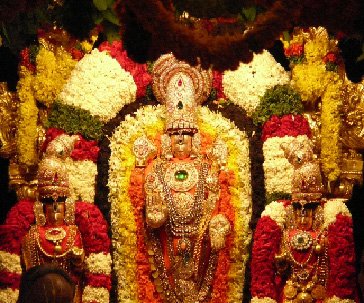